My first memories begin in this newly purchased home (above) in Fargo, North Dakota. The yard still muddy from recent construction. This was a starter-home for a starter-family. I'll bet my new family was very proud to own their first house! My parents had married nearly ten years prior. I was their third child, the only boy, in what would ultimately become a family of four. I was not yet aware of it, but my family had already come a long way.

Originally, both of my parents had both grown up in Iowa. My mother originated from a farming family, my father from a first-generation railroad family (Grandfather was a conductor for the Rock Island Railroad). Father had subsequently followed his own father into the railroad trade, initially as a freight clerk. The country, my family and now I as well, had just come into the 60s. There was a lot of culture shock that century. As a child, I witnessed the effects but did not participate. For instance, I vividly remember the '63 Kennedy assassination, but let me not get ahead of myself.

After marriage in '51, my father served in the US Army. 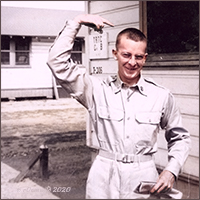 There was mandatory conscription back then and the Korean conflict was the struggle of the time in the early fifties. Drafted from his railroad job, father served in the transportation and logistics aspect of the war effort and did not go overseas.

For now I was a baby. Just along for the ride. Blessed with two older sisters and two loving parents. I also had grandparents from my mother’s side and grandparents from my father’s side. Aunts and uncles were sprinkled about. So really, I was in good shape. A normal kid -- loved and in a good home with good parents working hard for our family. 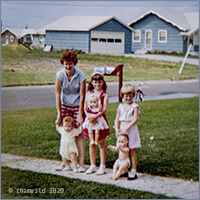 I had landed in a good place, at a good time.

However, it was very cold in Fargo. There was a lot of snow back in those years. Much more than now. Although, to be truthful, I don’t really know for sure how much snow they receive now. I’ve never been back. Regardless, I remember being inside looking out the window at the snow -- waiting, longing -- for it to melt and for spring to prevail. Fargo was the place where my father was just beginning to establish his career in sales. I suppose we were in Fargo because that is where the young and ambitious new employees were sent. My father traveled a lot and was away more than he was home. Back then, most travel was by car or by train, rarely planes, and blizzards were a real hazard. As I look back there has been so much that has changed since then. It’s really sort of scary, in a way, how far we have all moved from that very distant past.

Around 1963, father had taken a promotion and soon we were all 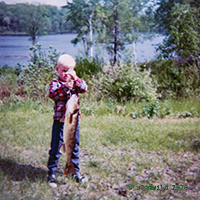 transplanted to the Twin Cities of Minnesota. Minnesota, the land of 10,000 lakes, is somewhat of a sportsman's paradise and sometime after our move, my Grandfather retired and bought a cabin on one of the northern lakes, near Bemidji. We often vacationed at this cabin and many happy memories were created there.

Around 1964, I became old enough to regularly play outside independently! My next-door neighbor was my best friend. I do not remember much about him except that he was a little older than I. We played with Tonka trucks a lot. The toy trucks were very hardy, and I had a large dump truck, like those used in the state's iron pits. I know the Tonkas are hardy because I remember that we would sit in dump-truck buckets and ride them down little hills in the neighborhood. From what I can remember they were just large enough to balance upon. Not surprisingly, there was also a lot of snow in Minnesota. Ony now, I was old enough to play in it. The street perimeters were lined with 10-foot-deep piles of snow toward the end of winter which we used for snow-caves and forts. Also for massive snowball fights!

I remember being happy, getting my first (real) bike for Christmas. 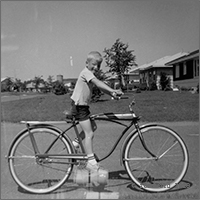 I also remember going to kindergarten and crying a bit, even perhaps balling my head off the first time I was left behind by my Mom. I also recall, waiting with my two big sisters, out in the hallway of a hospital, as my younger sister was born! Although my memory of that time is, as you might expect, somewhat scant -- my grandfather had an 8 mm camera and there are also a few old black and white photos which provide a framework to assemble my memories into a logical sequence. I have converted most of these old “analog” records to digital and they help paint in the picture. More on that later.

I believe it was here, in Minnesota, that my sense of adventure began. I was maybe pushing five and already, I was hooked. My father's side of the family where sportsmen, my grandfather (shown skinning catfish at his home in Iowa) raised his own two boys to bring food to the table. 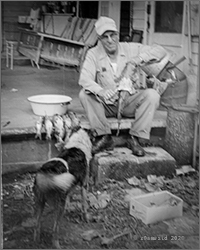 Perhaps due to the Great Depression and World War-II, which had occurred during my father’s youth, the family hunted (pheasant, ducks, geese, rabbits) and fished for sustenance. My father also raised chickens for eggs and meat. My Grandfather, my father and my uncle all shared these skills and during my age of four to seven, these skills were impressed upon me. Going fishing in Minnesota, with my Grandfather, my father and my uncle at the lake cabin, introduced me to the wonders of Nature. They taught me what nature was and why we needed it without saying a word. I saw nature as freedom! I was so lucky to obtain this insight so early in life.

By now I had lived in two states. We also traveled periodically to visit my grandparents in Iowa. The geography and environmental differences between locations was a thing for me. Below is a map of the area previously discussed. It is taken from an old Rock Island Railways map my father had kept from his years of employment. I had no idea at the time, but we were in essence riding the rails of this map as we followed my father's career. Our next stop hit home my sense of adventure as we moved once again. This time to Colorado and to what was to be my father's career highpoint 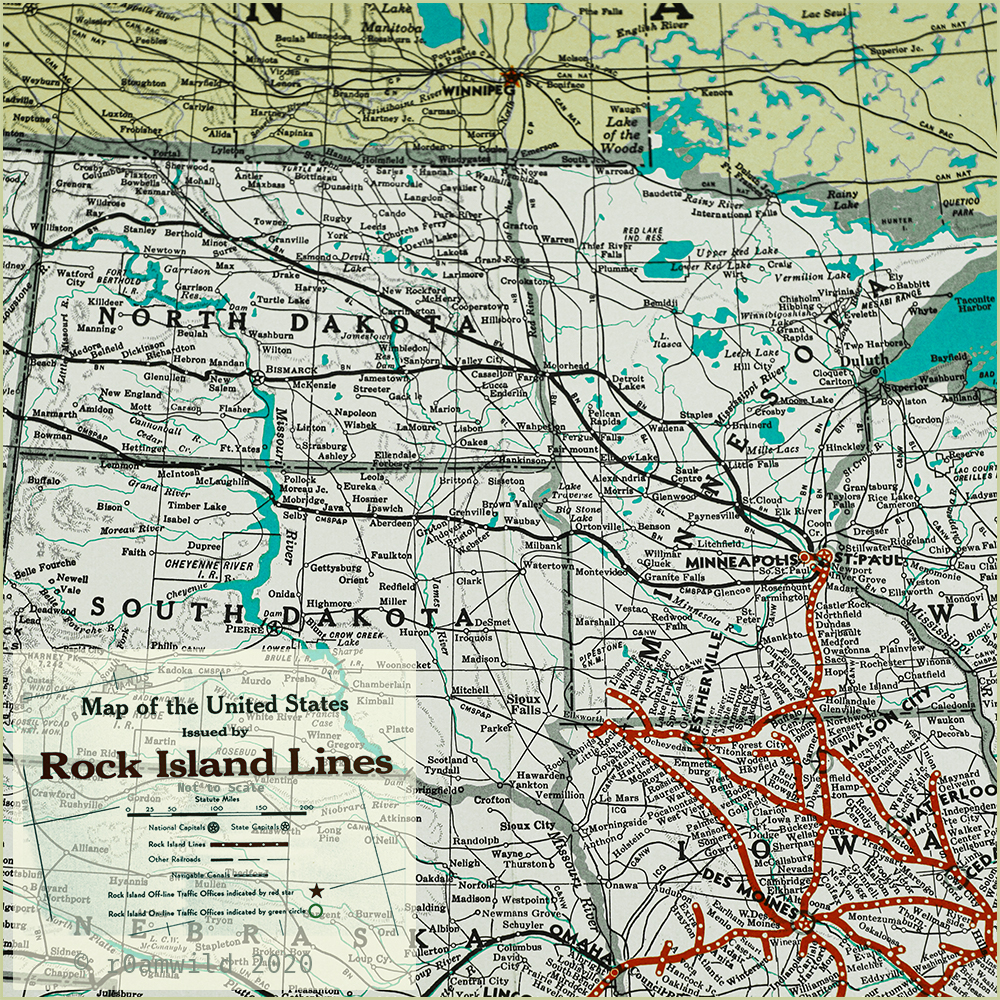